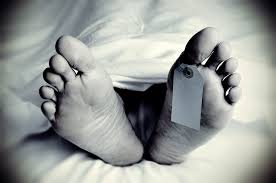 Cuttack: Former Mahanga Block Chairman and associate of BJP’s Salepur in-charge Kulamani Baral, who was injured in an attack by unidentified miscreants succumbed to death while undergoing treatment at the SCB Medical College and Hospital in Cuttack, today.

Reportedly, Kulamani and Dibya Singh Baral were attacked by some miscreants with sharp weapons near Jankoti in Cuttack district last evening.

With the help of locals, the two injured were immediately taken in an ambulance to the Mahanga hospital where doctors declared Kulamani as brought dead. His associate was shifted to the SCB Hospital in Cuttack in a critical condition.

Though the exact reason behind the attack was yet to be ascertained, it is suspected that the incident occurred due to past enmity.