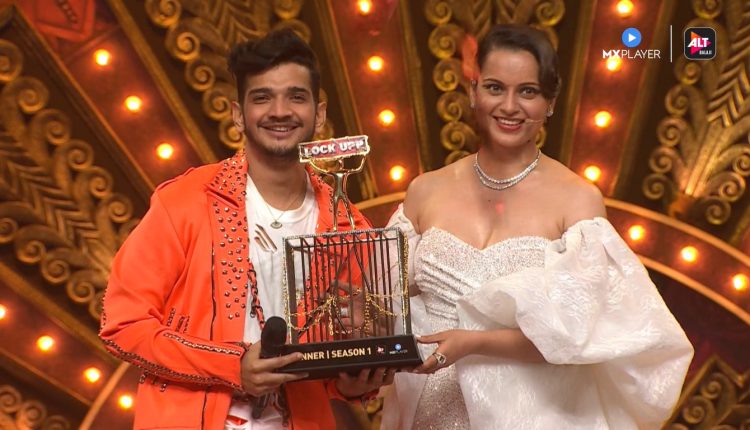 Mumbai: The first-ever season of Kangana Ranaut’s Lock Upp has now come to an end. The show’s Badass Finale was held on Saturday night in which comedian Munawar Faruqui emerged as the winner. He not only received 18 lakh votes from the audience but also won the host Kangana Ranaut’s vote to win the show.

Handing over the trophy to Munawar Faruqui, Kangana Ranaut mentioned that he truly deserved it. Apart from the trophy, Munawar has also won Rs 20 lakh, a car and also an all-expense-paid trip to Italy.

The show’s producer Ekta Kapoor also took to social media to congratulate the winner. She dropped a video in which Kangana was seen announcing the winner of the show. “Mirror mirror on d wall who is d ‘fair’est of them all !!! Meet @munawar.faruqui who got 18 lac votes and @kanganaranaut vote too!!! THE V FIRST WINNER OF #lockupp JAI MATA DI,” she wrote. While Munawar has won the show, Payal Rohatgi is the first runner up followed by Anjali Arora.