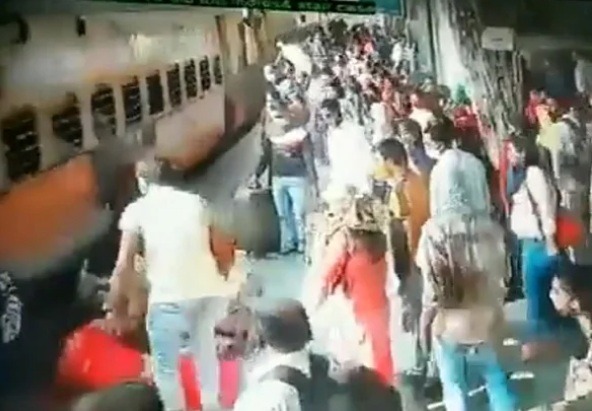 Mumbai: RPF Cops Save Woman From Falling On Tracks At Thane Rly Station

Thane: Two constables of Railway Protection Force (RPF) and a civilian saved a woman from being crushed under a running train at the Thane Railway Station.

According to reports, the incident took place around 10.42 am on Saturday when the woman, Dhanpatti Raju Bhardwaj, slipped in between the platform while getting off the running Mahanagari Express in Thane.

Meanwhile, the alert on-duty cops and a civilian rushed and pulled the woman out from the gap between the train and the station.

The whole incident was caught on camera.