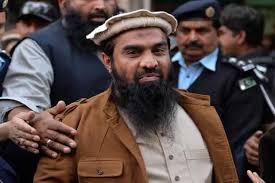 The LeT terrorist has been arrested in connection with a terrorism financing case registered by the Punjab Counter Terror Department at Lahore police station.

Lakhvi was running a dispensary to generate funds for the purpose of diverting the same to terrorists, officials said.

Lakhvi, who was on bail since 2015 in the Mumbai attack case, was arrested by the Counter-Terrorism Department (CTD).

Lakhvi was designated as a global terrorist by the UN under the United Nations Security Council Resolution in 2008 after the Mumbai attacks.