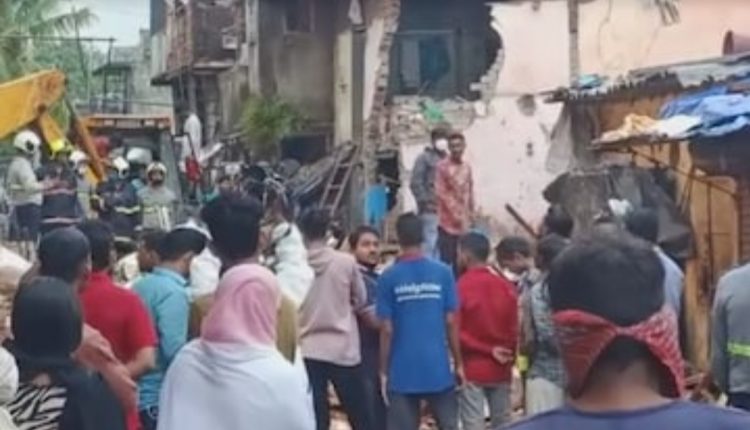 Mumbai: Seven children were among 11 dead as a three-storey building collapsed on another in Malad West’s Malwani area late on Wednesday amid heavy rainfall in Mumbai.

Additional CP Dilip Sawant said that police will carry out a proper investigation and take further action. Mumbai city authorities confirmed that seven other residents were injured in the incident even as search and rescue operations continued for several others feared missing.

Residents have been evacuated from nearby structures considered to be in a dangerous condition.

Rescue operations are currently underway as many are still feared to be trapped under the debris. BMC is also evacuating people from another three-storey structure nearby which is in a dilapidated condition.