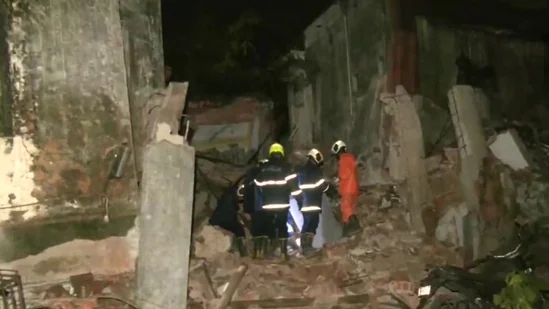 Mumbai: A four-storey building collapsed in Naik Nagar of Kurla in Maharashtra’s Mumbai on Monday late night, a civil body official said, adding that the rescue operation is on. The fire brigade and police team reached the spot to rescue the trapped people from the debris. At least eight persons were injured in the incident.

Maharashtra Minister Aaditya Thackeray also visited Mumbai’s Kurla and said that such property should be vacated on the notice of Brihanmumbai Municipal Corporation (BMC).

“Whenever BMC issues notices, (buildings) should be vacated themselves…otherwise, such incidents happen, which is unfortunate…It’s now important to take action on this,” Thackeray told.