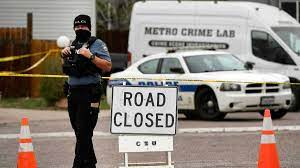 Washington: At least nine people, including two girls, were killed while dozens sustained injuries in multiple shootings in several US states over the weekend.

According to the police statement, the incident occurred at a private event that was promoted on social media.

In Youngstown, the ninth-largest city in Ohio, three people were shot dead and five others injured at a bar on early Sunday morning.

Police responded to the reports of shooting at the Torch Club Bar & Grille in Youngstown shortly after 2 AM on Sunday, said the report.

Detectives said some sort of argument broke out near the bar and there was “an exchange of gunfire”, local media outlet WKBN reported.

Youngstown has witnessed 11 homicides this year, with 42 people shot and wounded, said the report.

In Bridgeton, New Jersey, two people were killed with 12 others injured in a house party shooting just before midnight, the authorities said on Sunday.

In North Charleston, South Carolina, a 14-year-old girl was shot dead and another 14 people were injured after an unauthorised neighbourhood concert on Saturday evening, local media outlet WCIV reported on Sunday.

Authorities said the shooting occurred after a fight broke out near the concert stage. Police are investigating the incident.

In Minneapolis, Minnesota, two people died and another eight were injured in a shooting incident early Saturday morning.