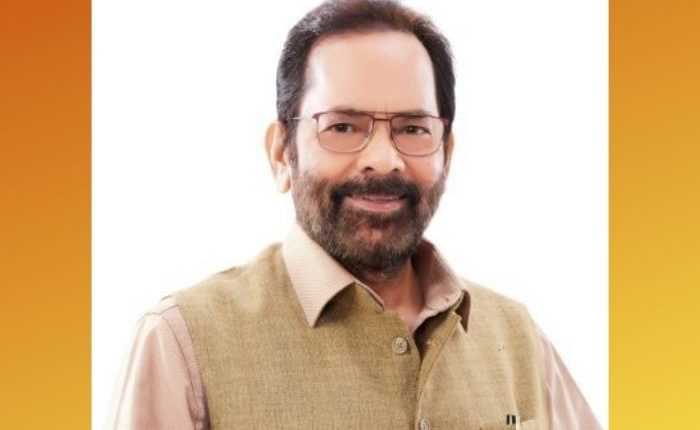 New Delhi: Union Minister Mukhtar Abbas Naqvi has been appointed as the deputy Leader of the House in Rajya Sabha succeeding Piyush Goyal.

Earlier, Goyal was appointed as the Leader of the House in Rajya Sabha, replacing former Union minister Thaawarchand Gehlot.

Last week, Mukhtar Abbas Naqvi, along with Union ministers Dharmendra Pradhan, Bhupender Yadav and others, took part in a meeting with senior BJP leaders, including JP Nadda, Amit Shah and Rajnath Singh, to discuss matters related to the Monsoon session of Parliament.