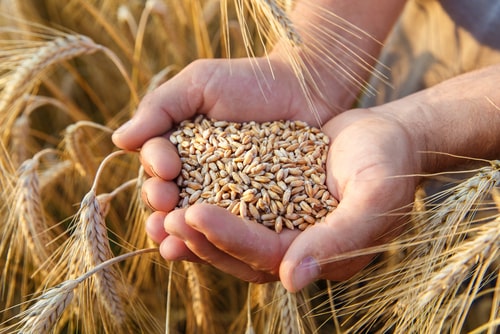 New Delhi: The policies of the Government of India and decisions taken in recent years towards farmers’ welfare have resulted in significant improvement of food grain production and sustained agriculture growth despite the COVID-19 pandemic.

The Cabinet Committee on Economic Affairs (CCEA) chaired by the Hon’ble Prime Minister Shri Narendra Modi has approved the increase in the Minimum Support Prices (MSP) on 8th September 2021 for all designated Rabi crops for Rabi Marketing Season (RMS) 2022-23, when in advance of the sowing season.

MSP is an integral component of the Agriculture Price Policy and it targets to ensure support prices to farmers and affordable prices to the consumer.

Based on the recommendations of the Commission for Agricultural Costs and Prices (CACP), the Government of India declares MSP after considering the views of State Governments and Central Ministries/Departments concerned for agricultural crops such as Cereal, Pulses, Oilseeds, and commercial crops every year at the beginning of the sowing season.

The factors considered by CACP for fixing MSP include cost of production, domestic and international prices, demand-supply conditions, inter-crop price parity, terms of trade between agricultural and non-agricultural sectors.

The MSP approved for designated Rabi Crops for 2022-23 duringRabi Marketing Season is higher or equal to 1.5 times of cost of production. The expected returns to farmers over their cost of production is estimated to be highest in case of Wheat (100%) and rapeseed/mustard (100%), followed by lentil (79%) and gram (74%); barley (60%); safflower (50%).

Procurement of agriculture produce of designated crops on MSP to ensure remunerative prices to the farmers is done in collaboration with the State Governments.

Procurement of pulses and oilseeds is made at MSP as per the Schemes under PM-AASHA scheme of DA&FW. The procurement of Notified Pulses are done under Price support Scheme (PSS) by the Central Nodal Agencies through State designated Agencies during harvesting season. Since 2015 onward the procurement of Pulses is also done at MSP for maintenance of National Buffer stock of Pulses under Price Stabilization Fund (PSF).

Procurement of Coarse grains is being done as per the existing scheme of Department of Food and Public Distribution.Procurement of Cotton is done at MSP by the Cotton Corporation of India under the Scheme implemented by Ministry of Textiles. The procurement of Copra isalso being done under PSS in the Copra producing States based on the receipt of the proposal as per PSS guideline under PMAASHA.

Procurement operations under MSPcontinued despite disruptions in logistic activities during the initial days of lock down in wake of COVID pandemic.Number of procurement centers were increased as compared to previous years to facilitate the farmers for selling their produce at the nearest procurement centre maintaining COVID protocols.

During RMS 2021-22,a new chapter has been added in the history of procurement of foodgrains when the states of Haryana and Punjab also switched from indirect payment of MSP to direct online transfer to farmers’ bank account. DBT of MSP has brought in transparency and real time monitoring of the procurement operations.

Central Government is committed to continue the MSP operations to ensure remunerative prices to the farmers.

Reasons You Should Not Skip Moisturiser

Two Special Trains To Have Revised Timings At Some ECoR Stations