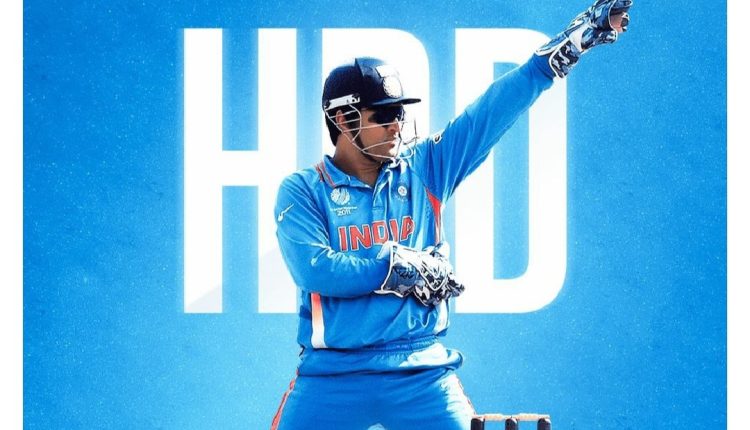 Mumbai: From collecting tickets at Kharagpur Railways station in West Bengal to collecting trophies for the biggest cricket tournaments, MS Dhoni’s journey has been legendary. Dhoni made his debut for India against Bangladesh in December 2004. In less than three years, the flamboyant wicketkeeper-batter was leading India in the inaugural T20 World Cup in South Africa. The tournament did not just establish the T20 format but also gave India arguably its best captain ever.

11 years ago, India lifted the World Cup trophy after 28 years of long wait. Sri Lanka posted 274, thanks to Jayawardena for smashing a ton. India lost both their openers Sehwag (0 off 2) and Tendulkar (18 off 14) early against Malinga. After that, it was MS Dhoni (91*) who decided to join Gambhir (97) in the middle after Kohli’s (35 off 49) wicket. Notably, it was Yuvraj Singh (Best Player of the 2011 WC), who batted on the no. 5 position in that tournament, but MSD decided to go a number up in the final. “Dhoni finishes off in style. A magnificent strike into the crowd! India lift the World Cup after 28 years!” these words by Ravi Shastri after captain MS Dhoni won the World Cup for India.

MS Dhoni scored his first double ton in Test cricket against Australia back when India hosted the Michael Clarke-led side in 2013. India were in a tricky situation after Australia posted 380 in the first innings. MSD gathered a 128 runs partnership with Virat Kohli for the fifth and later partnered 140 runs with Bhuvneshwar Kumar for the ninth wicket. ‘Captain Cool’ smashed 24 boundaries and 6 maximums is his extraordinary knock of 224 runs.

Dhoni exploded into the innings right away striking at a rate 255 and ending up scoring an attacking 51 off just 20 balls against MI in IPL 2012 Eliminator. CSK posted a good total of 187 as MSD came in to bat at no. 5 and smacked 6 fours with 2 sixes. MI failed to chase as they finished 149/9 infront of an impressive bowling attack.

Back in 2013, India met Sri Lanka in the final of the Tri-Series (between IND, SL and West Indies) at Trinidad. SL posted a total of 201 and India were down to 189/9 with MSD as their last hope in the middle. Dhoni kept his cool and scored 45 runs off 52 balls to guide India over the line yet again.

Chasing a target of 162, CSK were in a critical stage 32/4 when MS Dhoni walked into the middle and took charge of the game and it’s momentum. Mahi scored a mammoth knock of 84 runs off just 48 balls with 7 sixes and 5 boundaries at the Chinnaswamy Stadium in Chennai.