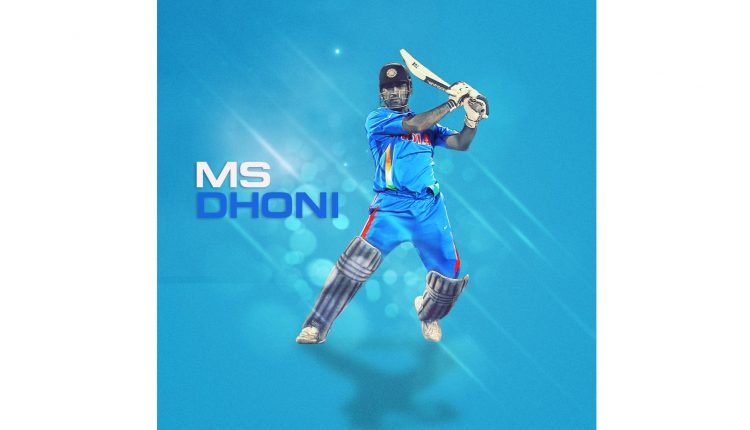 Ranchi: Former India captain and cricketer Mahendra Singh Dhoni rang his 40th birthday today. Dhoni has had an illustrious career in cricket and is an inspiration to the youngsters in the game.

Wishing you a very happy birthday @msdhoni You have been a friend, brother & a mentor to me, all one could ever ask for. May God bless you with good health & long life! Thank you for being an iconic player & a great leader.#HappyBirthdayDhoni ❤️🙌 pic.twitter.com/qeLExrMonJ

Mahi Bhai wishing you a very Happy Birthday!! A great friend in a captain!🙌

Hope you have the best day and a great year ahead!! 🎂 @msdhoni pic.twitter.com/cjflB6hd8N

Dada taught us youngsters how to win and Dhoni made it into a habit. Two great leaders from different eras born just a day apart. Happy birthday to the men who shaped Indian cricket.@msdhoni @SGanguly99 pic.twitter.com/l8F7qaPlWr

To my forever love and my greatest friend, happy birthday Mahi bhai 🤗 Only love for you ❤️ @msdhoni pic.twitter.com/Fs6BtdWzvR

There’s a reason they call him Captain Cool 😎

On his birthday, relive some of MS Dhoni’s greatest calls as @BCCI skipper 👨‍✈‍ pic.twitter.com/8nK5hvTuWM

Dhoni, who made his international debut against Bangladesh in 2004, went on to play 538 matches across formats during his 16-year-long career.

Dhoni played 350 One-Day Internationals, 90 Tests and 98 Twenty20 Internationals for India. His last appearance in an international game came in July 2019, when India lost to New Zealand in the semi-final of the World Cup.

Dhoni guided the ‘Men in Blue’ to the 2007 ICC T20 World Cup title, helping more than a billion people recover from the 2007 ODI World Cup debacle only a few months back. He was special. Always was. Then came the 2011 World Cup, when Dhoni ‘finished it off in style’ to hand his country the moment they were waiting for the past 28 years. He, along with his colleague, gave batting great Sachin Tendulkar the perfect parting gift.

Eventually, on August 15, 2020, Dhoni announced his retirement from all forms of cricket, bringing down the curtains on an illustrious career.