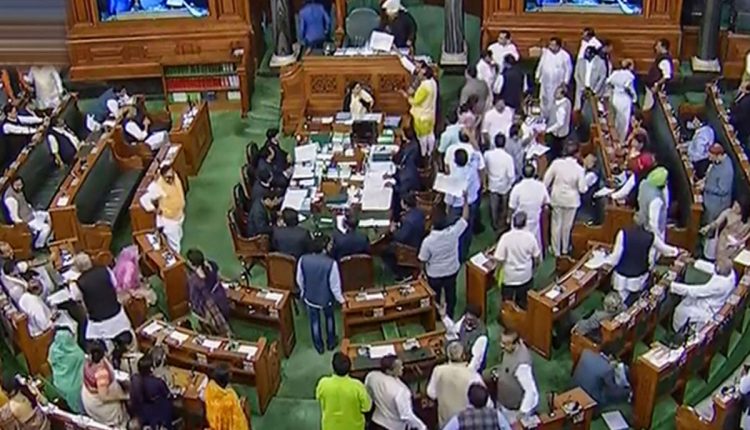 Over 10 MPs Likely To Be Suspended From Lok Sabha: Reports

New Delhi: As many as 11 Lok Sabha MPs likely to be suspended for throwing papers and showing disrespectful behaviour towards the Chair during proceedings on Wednesday.

Lok Sabha on Wednesday witnessed unruly scenes when Opposition members trooped into the Well of the House, raising slogans and holding placards against the government over the Pegasus and farmers’ issues.

Amid protest by opposition members over the Pegasus spying row and farmers’ issue, the lower house was adjourned twice till 2 PM. However, Congress, Trinamool Congress and other parties continued with the sloganeering.

When papers were being laid, Congress members Gurjeet Aujala, TN Prathapan, Hibi Eden and some others threw business papers of the day, some torn papers as well as placards at the Chair. A piece of the torn placard landed in the press gallery just above the Speaker’s podium.