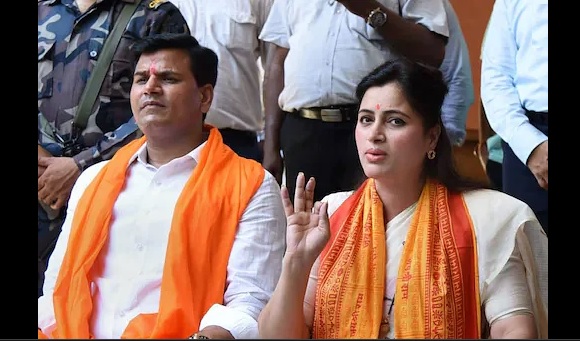 The magistrate court dismissed the plea for police remand and the bail application for Navneet Rana will be next heard on April 29.

The police had on Saturday evening arrested the duo for allegedly “creating enmity between different groups”, after the couple cancelled their plan to recite the Hanuman Chalisa outside Maharashtra Chief Minister Uddhav Thackeray’s private residence ‘Matoshree’ here.

Earlier, they were booked under Indian Penal Code (IPC) Section 153 (A) (promoting enmity between different groups on grounds of religion, race, place of birth, residence, language, and doing acts prejudicial to maintenance of harmony), and section 135 of the Mumbai Police Act (violation of prohibitory orders of police). The police later also added IPC section 353 (assault or criminal force to deter public servant from discharge of his duty) in the FIR registered against Ranas, the official said.