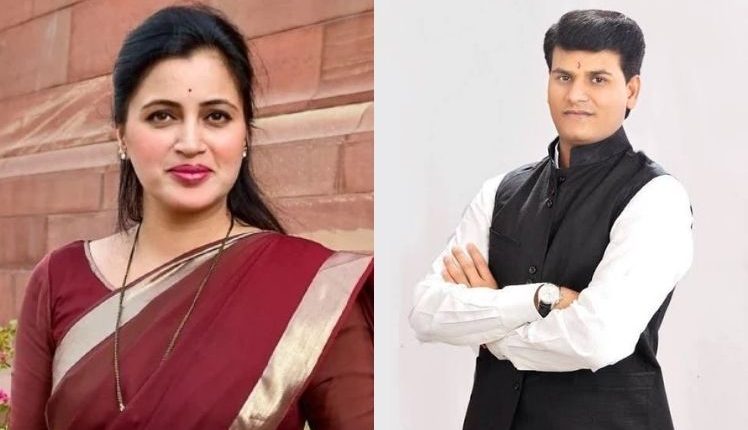 Mumbai: Amid a faceoff over Hanuman Chalisa in Maharashtra, MP Navneet Rana and her husband MLA Ravi Rana were arrested by the police Saturday evening.

An FIR has been registered against Navneet Rana and Ravi Rana under section 153A of the Indian Penal Code. Section 153 A is imposed against those found indulging in “wanton vilification or attacks upon the religion, race, place of birth, residence, language etc of any particular group or class or upon the founders and prophets of a religion.”

On Saturday morning, Shiv Sena workers protested outside the residence of Amravati MP Navneet Rana in Mumbai and broke barricades.

According to the police, the couple was staying at their Khar residence. Earlier, the DCP of Zone 9 Manjunath Shenge had served a notice to the couple to prevent a law-and-order issue. Police said that the couple will be held responsible if the law-and-order situation is disturbed.