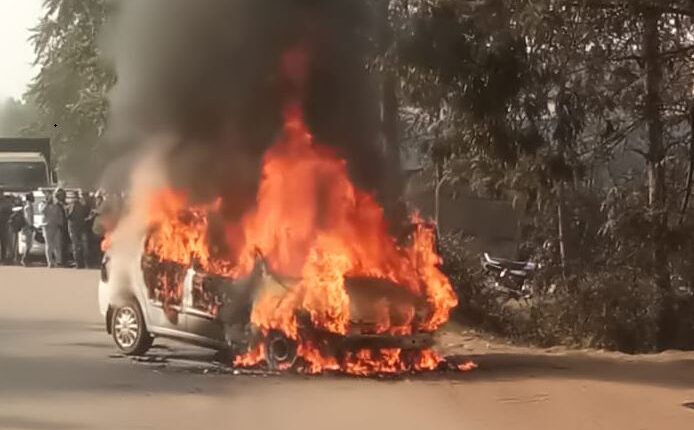 Rourkela: As many as six persons had a narrow escape today after a moving car caught fire near Panposh Square in Rourkela city.

The car, which was en route to Sector – 20 from Sambalpur, caught fire at Dandiapali Square near Brahmani Bridge. Reportedly, five members of a family and the driver were in the car.

According to sources, some locals spotted smoke billowing out of the vehicle’s engine and alerted the driver who immediately stopped the car. Before the fire engulfed the vehicle, the driver and the five passengers including two children managed to alight from the car.

Though the fire service personnel reached the spot on intimation, by then the car was completely damaged in the major fire.

Man Dies After Being Administered Wrong Injection At Pharmacy