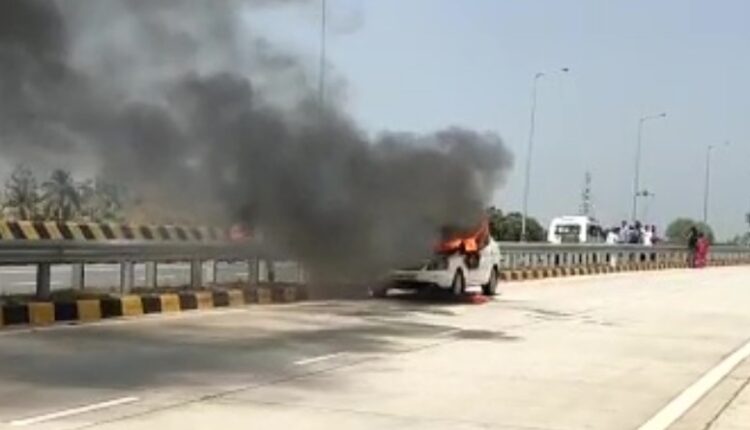 As per reports, the vehicle suddenly caught fire after it started emitting smoke. It caught fire apparently due to a short circuit.

The passengers in the car had escaped soon after they spotted smoke from the car, said sources.

On being informed, police along with the firefighters reached the spot and the situation was brought under control.