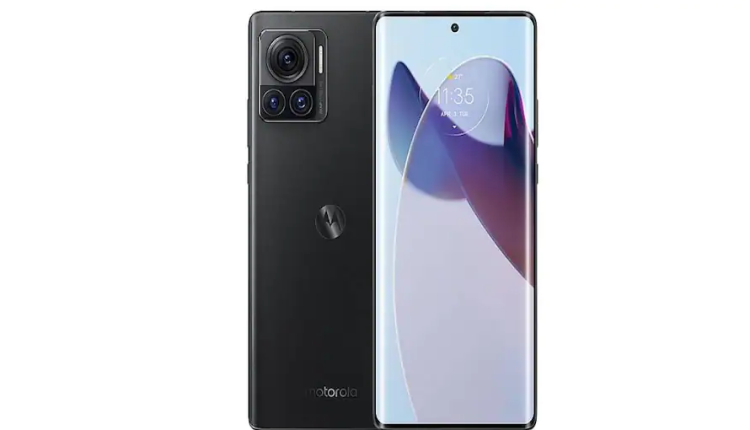 New Delhi: Motorola X30 Pro has been launched in China on Thursday alongside the Moto Razr 2022 foldable phone. The newly launched Motorola X30 Pro comes with a curved rear panel design along with a centre-aligned punch hole camera at the front. The smartphone is powered by the Snapdragon 8+ Gen 1 SoC and it houses a 200-megapixel rear-facing camera.

The Motorola X30 Pro sports a 6.73-inch pOLED display with full-HD+ resolution and a 144Hz refresh rate. It comes with an in-display fingerprint scanner and the panel of the smartphone is surrounded by minimal bezels on all sides. As mentioned above, the rear panel of the newly launched smartphone carries curved edges on either side and it has a centre-aligned punch hole camera at the front.

Under the hood, the Moto X30 Pro is powered by the Snapdragon 8+ Gen 1 SoC based on the advanced 4nm process. The smartphone carries up to 12GB of LPDDR5 RAM and up to 512GB of UFS 3.1 internal storage.

On the camera front, the smartphone packs a triple rear camera setup, and is claimed to be the world’s first smartphone to feature a 200-megapixel camera sensor. The other two sensors are a 50-megapixel ultra wide angle lens paired with a 12-megapixel telephoto shooter. On the front, the Moto X30 Pro is equipped with a 60-megapixel selfie camera.

In terms of battery, the Moto X30 Pro houses a 4,500mAh battery with 125W fast charging support. Motorola claims that the battery can be charged to 50 percent in just 7 minutes and a 100 percent charge can be completed in 19 minutes. The Moto X30 Pro supports 50W wireless fast charging as well.