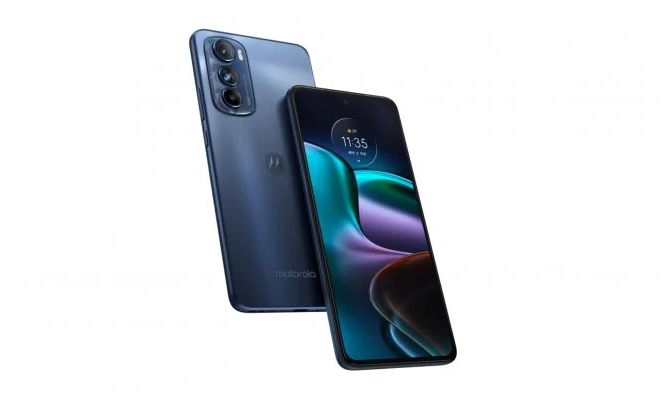 The Edge 30 starts at Rs 27,999 for the 6GB+128GB variant and Rs 29,999 for the 8GB+128GB variant. The phone will go on sale starting May 19 on Flipkart and Reliance Digital. Launch offer includes Rs 2,000 instant discount with HDFC Bank credit card. It will come in Meteor Grey and Aurora Green colourways.

The Motorola Edge 30 is built around a 6.5-inch centered punch-hole 10-bit pOLED display. The panel has a resolution of 2400 x 1080 pixels (FHD+) and up to a 144Hz refresh rate. The screen supports the DCI-P3 colour gamut and HDR10+ content playback.

The phone is powered by a Qualcomm Snapdragon 778G Plus SoC paired with LPDDR5 RAM and uMCP storage. It boots Android 12 and the company promised 2 Android updates.

Since it weighs only 155g and measures about 6.79mm in thickness (excluding the camera bump), the device houses a small 4,020mAh battery with support for 33W fast charging.

On the rear, the handset sports a triple camera system comprising a 50MP primary sensor with OIS, another 50MP sensor with a 118° ultra-wide-angle lens and autofocus support for macro shots, and a 2MP depth sensor. For selfies and video calls, it uses a 32MP shooter located inside the punch hole.

The connectivity options on the phone include dual-SIM card slots, sub-6GHz 5G, WiFi 6E, Bluetooth 5.2, GNSS, NFC, USB Type-C, and Ready For feature. It neither has a 3.5mm headphone jack nor comes with a MicroSD card slow.