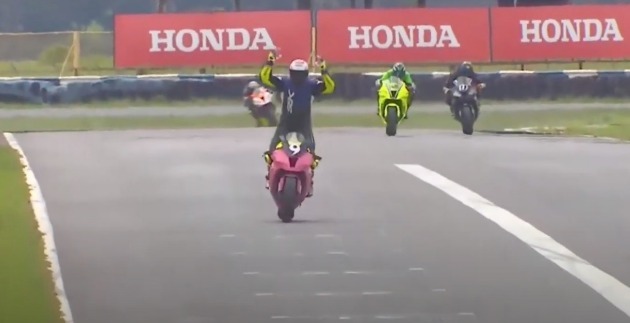 Brasilia: A superbike racer in Brazil, who started celebrating his victory too early, was left mortified after he ended up at third place instead of first.

The superbike racer Andre Verissimo was all set to clinch first place at the Autodromo Internacional Ayrton Senna in the city of Goiana. However, the dream to win the Champion trophy remained a dream, as two competitors way behind him finished the race at First and Second place respectively.

The blunder occurred on the eighth and last race of the championship.

Verissimo failed to spot his opponents Osvaldo Filho and Marcelo Skaf covering the distance between them. As he celebrated, they zoomed ahead in the final seconds of the Superbike Brazil race. Verissimo was filmed trying to regain lost ground by sitting down again and accelerating – but in vain. He ended up finishing third, thanks to his error.