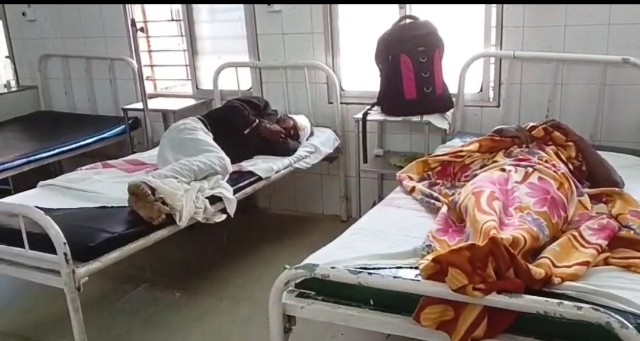 Phulbani: One person was killed and two others were injured after the motorcycle they were travelling in dashed into a roadside tree in Kandhamal district.

The deceased was identified as Birendra Kanhar and the two critically injured were Suman Kanhar and Jaydev Kanhar.

According to sources, the trio was en route to Phulbani town on a motorcycle when they lost balance while turning at Katringia Chhak under Sadar police station area and dashed into the roadside tree.

Seeing this, the nearby villagers rushed to the spot and informed emergency services. Soon, a 108 ambulance reached the spot and rushed the victims to Phulbani hospital.

While Birendra was declared dead at the hospital, the two others are undergoing treatment at the DHH, sources added.