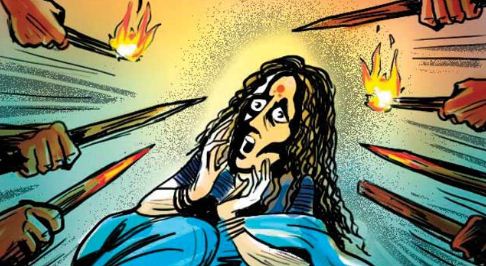 Mayurbahnj: In a shocking incident, a mother-daughter duo was thrashed by the villagers on the suspicion of practising “witchcraft” at Gadigaon village under Khunta police limits on Wednesday.

According to available information, some locals asked the woman and her daughter to leave the village over suspecting them of practicing witchcraft.

Later, the elderly woman and her daughter were thrashed black and blue by a group of youths after they refused to quit the village.  With no option left, the elderly woman lodged a complaint with Khunta police station in this regard.

Acting on the complaint, police registered a case and initiated an investigation into the matter.

DGCI Approves To Conduct Study On Mixing Of Covishield & Covaxin