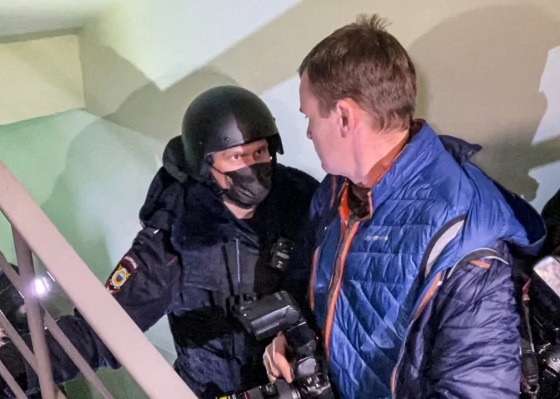 Moscow: Russian police raided jailed Kremlin critic Alexey Navalny’s apartment and offices, as well as those of his allies and took his brother into custody ahead of new protests for his release this weekend.

Moscow police launched a series of raids and searched locations included Navalny’s apartment, where police detained his brother, Oleg, and a rented apartment where Navalny’s wife, Yulia, has been living.

Video on the internet TV station Dozhd showed Yulia Navalny telling journalists from the window that police had not allowed her lawyer to enter the apartment.

The raids came four days before protests that Navalny’s supporters have called for Sunday.

Ivan Zhdanov, director of Navalny’s Anti-Corruption Foundation, tweeted that Oleg Navalny had been in his brother’s apartment as it was being searched.

The 44-year-old, who nearly died after being poisoned last year, was jailed for breaching parole terms when he returned home last week from life-saving treatment in Germany.