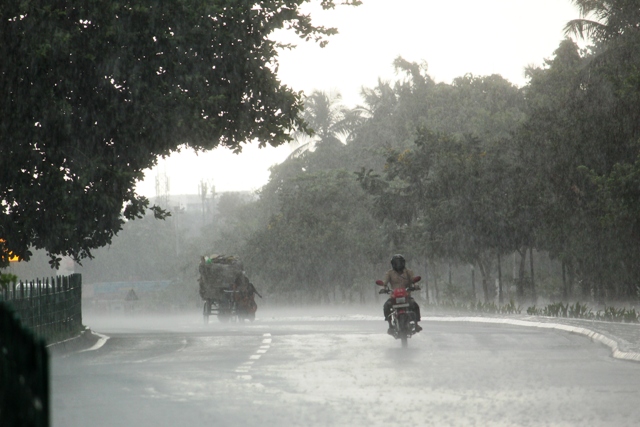 New Delhi: The southwest monsoon withdrew from the entire country on Sunday, a week later than normal, the weather office said.

India witnessed a normal monsoon season for the fourth consecutive year with 925 mm rainfall which was 106 per cent of the long-period average (LPA) of 880 mm.

“The Southwest Monsoon has withdrawn from the remaining parts of the country today, October 23, 2022,” the India Meteorological Department said on Sunday.

A late surge by the monsoon in September helped cut the large deficit in rainfall in Uttar Pradesh, Bihar, Jharkhand, West Bengal and the northeast, but not before impacting the main paddy crop in some states.

Rains continued to linger on beyond September 30, which marks the end of the southwest monsoon season, mainly due to two cyclonic circulations active over Madhya Pradesh and south Gujarat and its interaction with the mid-latitude weather systems, which brought rains to parts of north-west and central India in October.

IMD statistics show that post-monsoon rainfall for the country between October 1 and 23 was 104 mm, almost 65 per cent more than the normal of 63.2 mm for the season.

Rain Alert For Odisha As Depression Over BoB Intensifies Into Cyclone, May Hit Bangladesh Coast