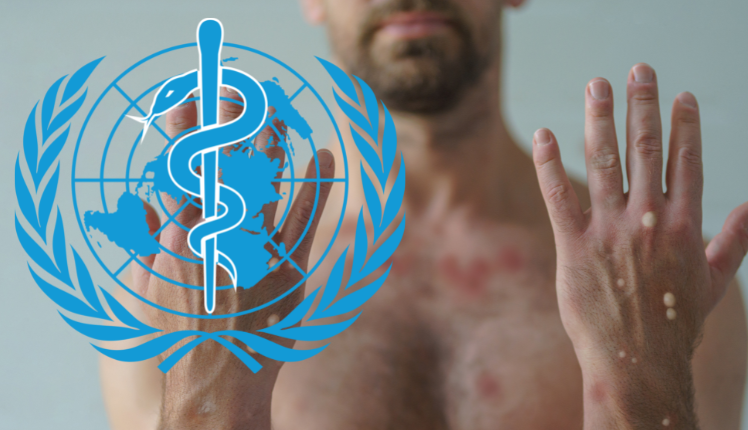 The WHO Director-General has the pleasure of transmitting the Report of the Meeting of the International Health Regulations (2005) (IHR) Emergency Committee regarding the multi-country monkeypox outbreak, held.

The WHO Director-General concurs with the advice offered by the IHR Emergency Committee regarding the multi-country monkeypox outbreak and, at present, does not determine that the event constitutes a Public Health Emergency of International Concern (PHEIC).

Convening an IHR Emergency Committee signals an escalation of the level of alert for States Parties to the IHR and the international public health community, and it represents a call for intensified public health actions in response to this event.

The WHO Director-General is taking the opportunity to express his most sincere gratitude to the Chair, Vice-Chair, and Members of the IHR Emergency Committee, as well as to its Advisers.

The WHO Director-General joined by video and welcomed the participants, welcoming the Committee’s advice on the event.

The WHO Secretariat presented the global epidemiological situation, highlighting that since the beginning of May 2022, 3040 cases have been reported to WHO from 47 countries. Transmission is occurring in many countries that have not previously reported cases of monkeypox, and the highest numbers of cases are currently reported from countries in the WHO European Region.

Initial cases of monkeypox, detected in several countries in different WHO Regions, had no epidemiological links to areas that have historically reported monkeypox, suggesting that undetected transmission might have been ongoing for some time in those countries. The majority of confirmed cases of monkeypox are male and most of these cases occur among gay, bisexual and other men who have sex with men in urban areas and are clustered social and sexual networks.

The Committee noted that many aspects of the current multi-country outbreak are unusual, such as the occurrence of cases in countries where monkeypox virus circulation had not been previously documented, and the fact that the vast majority of cases is observed among men who have sex with men, of young age, not previously immunized against smallpox (knowing that vaccination against smallpox is effective in protecting against monkeypox as well). Some Members suggested that, given the low level of population immunity against pox virus infection, there is a risk of further, sustained transmission into the wider population that should not be overlooked. The Committee also stressed that monkeypox virus activity has been neglected and not well controlled for years in countries in the WHO African Region.

The Committee also noted that the response to the outbreak requires collaborative international efforts, and that such response activities have already started in a number of high-income countries experiencing outbreaks, although there has been insufficient time to have evaluated the effectiveness of these activities.

While a few Members expressed differing views, the committee resolved by consensus to advise the WHO Director-General that at this stage the outbreak should be determined to not constitute a PHEIC.

However, the Committee unanimously acknowledged the emergency nature of the event and that controlling the further spread of outbreak requires intense response efforts. The Committee advised that the event should be closely monitored and reviewed after a few weeks, once more information about the current unknowns becomes available, to determine if significant changes have occurred that may warrant a reconsideration of their advice.

The Committee considered that the occurrence of one or more of the following should prompt a re-assessment of the event: evidence of an increase in the rate of growth of cases reported in the next 21 days, both among and beyond the population groups currently affected; occurrence of cases among sex workers; evidence of significant spread to and within additional countries, or significant increases in number of cases and spread in endemic countries; increase in number of cases in vulnerable groups, such as immunosuppressed individuals, including with poorly controlled HIV infection, pregnant women, and children; evidence of increased severity in reported cases (i.e. increased morbidity or mortality and rates of hospitalization; evidence of reverse spillover to the animal population; evidence of significant change in viral genome associated with phenotypic changes, leading to enhanced transmissibility, virulence or properties of immune escape, or resistance to antivirals, and reduced impact of countermeasures; evidence of cluster of cases associated with clades of greater virulence detected in new countries outside West and Central African countries.

MonkeypoxMonkeypox Does Not Amount To Public Health EmergencyWHOWHO on Monkeypox