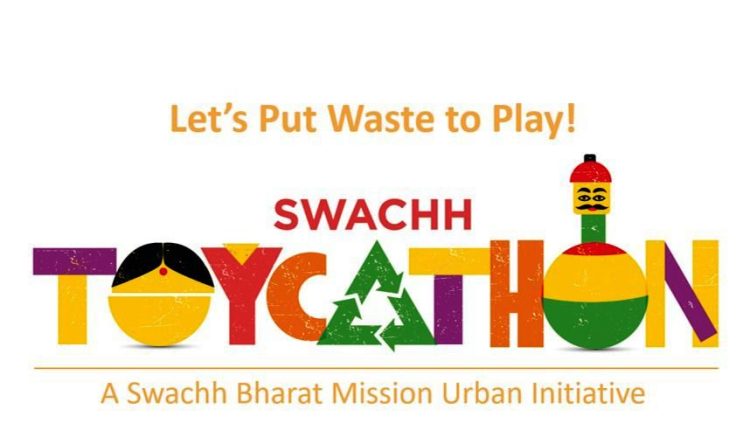 MoHUA to launch ‘Swachh Toycathon’, a unique competition to make toys from ‘Waste’

New Delhi: National Action Plan for Toys (NAPT) 2020 was introduced to promote the Indian toy industry including traditional handicrafts and handmade toys with the objective of establishing India as a global Toy hub. Department for Promotion of Industry and Internal Trade (DPIIT) along with 14 ministries of Central Government is currently implementing various aspects of the NAPT.

Besides being the second largest populated country in the world, India also has a growing young population with half of the total population under 25 years of age. The demand for toys is also increasing due to strong economic growth, rising disposable incomes, and several innovations for the junior population.

With ever-changing consumption patterns and rapid rise of e-commerce, the per capita waste generation has steadily increased over the last decade, making waste management in cities a challenge for Urban Local Bodies. The second phase of Swachh Bharat Mission (SBM 2.0) was launched on 1st October 2021 by the Hon’ble Prime Minister with a vision of ‘Garbage Free’ cities by 2026.

The growing demand for toys on one hand and impacts of solid waste on the other, Swachh Toycathon is a convergence between the NAPT and SBM 2.0 that seeks to explore solutions for use of waste in creation or manufacturing of toys. The competition will be open to individuals and groups to bring forth innovation in toy designs using dry waste. It will focus on efficient designs that can be replicated at a larger scale, toys that comply with minimum safety standards, as well as aesthetics of the toys. Center for Creative Learning, IIT Gandhinagar is the knowledge partner for the initiative.

This competition is being launched under the ‘Swachh Amrit Mahotsav’, a fortnight of activities to galvanize action around Swachhata from 17th Sept. 2022, SevaDiwas, till 2nd Oct. 2022, SwachhataDiwas.

The competition will be hosted on MyGov’sInnovate India portal. It will be launched by Secretary, Housing and Urban Affairs in a virtual event at 10:30 am on 26th September 2022.