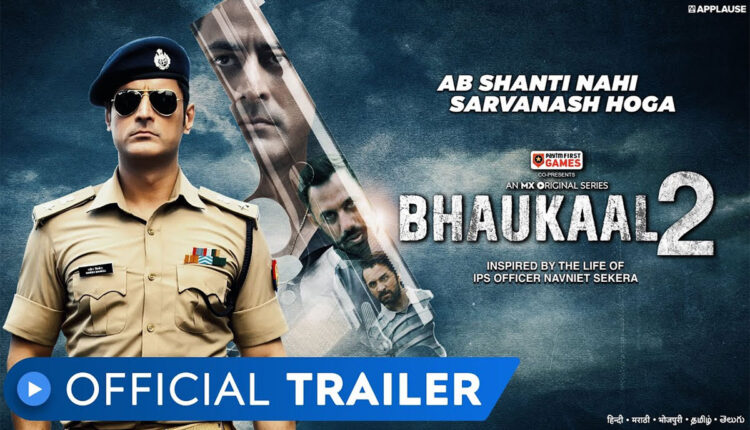 Mumbai: Crime drama Web Series Bhaukaal’s second season–Bhaukaal 2– has made waves among the fans as it launched the trailer of the show on Tuesday.

MX Player’s ‘Bhaukaal’ Season 2 is one of the most anticipated shows on OTT for digital viewers. and is going to start streaming on January 20.

Actor Mohit Raina as SSP Naveen Sikhera faces off against not one but two brutally dangerous antagonists – the Dedha brothers. Siddhant Kapoor and Pradeep Nagar play the two antagonists, Chintu and Pintu Dedha.

This second season of ‘Bhaukaal’ sheds light on Navneet and his men facing the unchecked havoc of the Dedha brothers who are hungry for power in Muzaffarnagar.

Legendary Actor Mihir Das To Be Given State Honour During Funeral