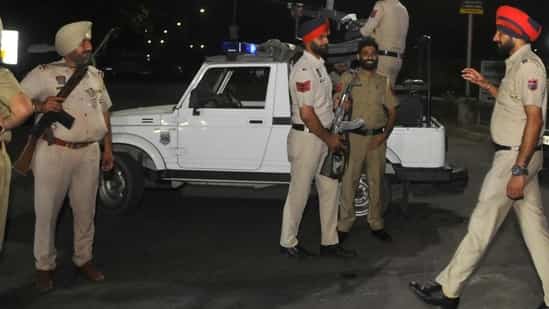 Mohali: Hours after an explosion was reported at the Punjab Police intelligence headquarters in Mohali, Amarinder Singh in a late-night tweet made a request to chief minister Bhagwant Mann to ensure justice in the case. “Shocked to hear about the blast at the @PunjabPoliceInd Intelligence headquarter in Mohali. Thankfully nobody was hurt. This brazen attack on our police force is deeply concerning and I urge CM @BhagwantMann to ensure perpetrators are brought to justice at the earliest (sic),” the former chief minister wrote.

The explosion was reported soon after the state intelligence wing asked the law enforcement agencies to take all preventive measures and beef up security following the receipt of two letters from a “commander” of Pakistan-based banned terror group Jaish-e-Mohammad. In the letter, there was threat to target VIPs and blow up railway stations, bridges, worship places and other major installations across the state, officials said.

This is the latest in the series of challenges that the Bhagwant Mann Singh government has been facing. Last month, the state’s Patiala district saw clashes during an anti-Khalistan rally.

Jasprit Bumrah was special but batters let us down: MI skipper Rohit Sharma after loss vs KKR