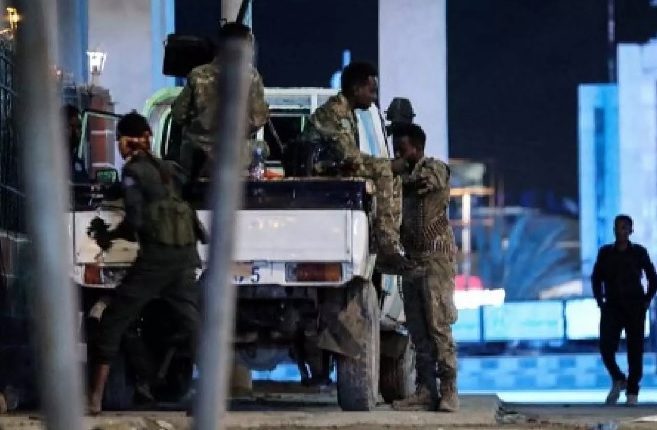 Mogadishu: At least eight people were killed while several others sustained injuries in an attack by Islamic militants who stormed a hotel in Somalia’s capital late on Friday, said police.

According to reports, the attack started with explosions outside the hotel before gunmen entered the building.

Earlier today, it was reported that nine injured people were carried away from the hotel, informed Abdikadir Abdirahman, director and founder of Mogadishu’s Aamin ambulance services.

Al-Shabab has been fighting to topple the Somali government for more than 10 years. It wants to establish its own rule based on a strict interpretation of Islamic law, reported Al Jazeera.

Al-Shabab has claimed responsibility for similar attacks in the past.