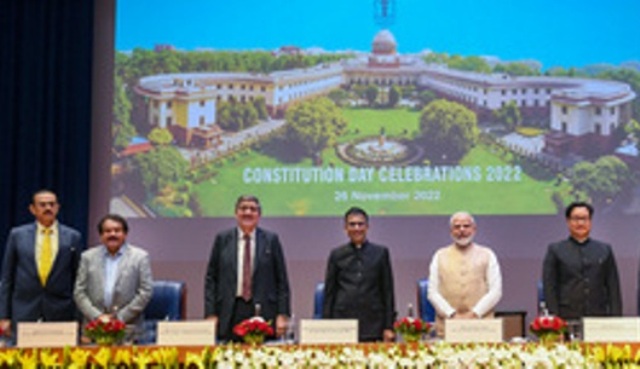 New Delhi: Prime Minister Narendra Modi on Saturday lamented that the contribution of women members in the Constituent Assembly is rarely discussed even as he stressed on the need to make the youth better understand the Constitution.

Addressing the Constitution Day event at Supreme Court in the presence of Chief Justice of India D Y Chandrachud and other judges, he said the future of India’s Constitution and institutions rests on the shoulders of the youth.

Modi said there were 15 women members in the Constituent Assembly with one of them being Dakshaayini Velayudhan — a woman who had come out of the deprived society.

She made important interventions on many topics related to Dalits and labourers, he noted.

“Their contribution is rarely discussed,” he underlined.

He said there is another feature of the Constitution which has become even more relevant in today’s times.

The Constitution makers gave us a document which is open, futuristic and known for its modern vision, which makes it youth-centric, the prime minister said.

He said be it sports or startups, information technology or digital payments, youth power is making its mark in every aspect of India’s development.