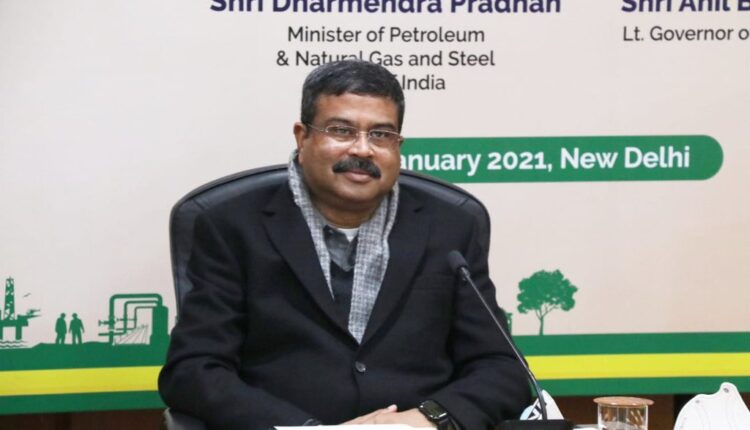 Pradhan said the Centre has allocated Rs 6995.58 crore for improvement of railway infrastructure in the state. This massive input will expedite the railway projects in the state, he added.

The Union Minister said Modi government has taken a number of initiatives in the railways in the past six years and added that the budgetary allocation has been hiked this year keeping in view the Mission  Purbodaya.

Pradhan said the Modi dispensation has prioritized completion of 39 railway projects in Odisha and added that Rs 61.949 cr is being spent to lay down 4877 km of track.

In this year’s budget, Rs 1000.50 cr has been granted for 289 km Khurda-Bolangir railwayline. The state government must expedite land acquisition in Sonepur, Boudh and Kandhamal for early completion of the railway project, Pradhan said.

This apart, Angul-Sukinda 98.7 km and Haridaspur railway lines work will be expedited, Pradhan added. The doubling of Sambalpur-Talcher line will be done at a cost of Rs 173.82 cr, Sambalpur-Titlagarh at Rs 200 cr, Titlagarh-Vijaynagaram at Rs 300 cr and Rourkela-Jharsuguda third line at Rs 230 cr.

The Union Minister said the electrical locoshed’s capacity in Angul has been increased to 150 engines from 100 and added that a railway electric engine manufacturing unit will be set up in Kalahandi.