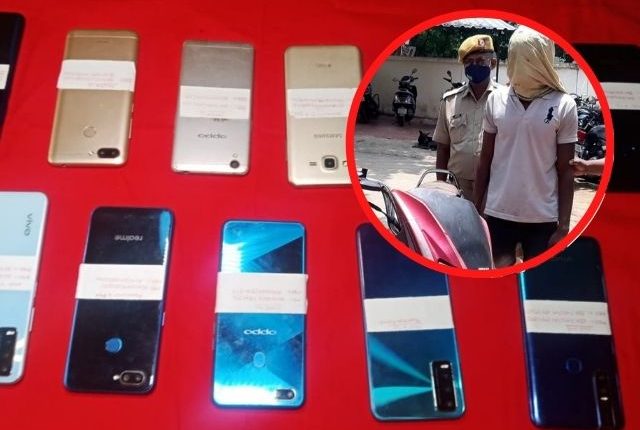 Cuttack: Markatnagar Police have arrested a mobile phone snatcher in Cuttack. The arrestee has been identified as Akash Nayak of Baghamari police limits area in Khurda district.

According to reports, the matter came to the fore after one, Nupur Mandal, of CDA area, lodged a complaint with the Markatnagar police station alleging that a bike-borne miscreant snatched her mobile phone away.

On the basis of the complaint, police conducted a raid and managed to nab the accused involved in the snatching case.

During interrogation, the accused confessed to have committed such snatching several times earlier. The cops also seized 11 smartphones of different reputed brands and a motorcycle from him.

Say Goodbye To Dark Circles With These Ingredients From Your Kitchen