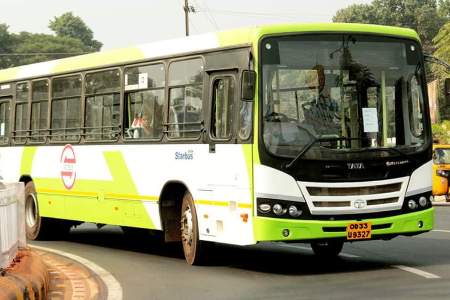 Due to the rise in public demand for expansion of the Mo Bus service, CRUT came up with the idea of refurbishing old buses and restoring them with modern amenities for daily operations, which will help in extension and addition of new routes.

With effect from June 8th, 2022 the following Mo Bus Routes will be at service for the public in the Silver City:-

The management decided to launch the service after receiving numerous requests for the mentioned routes.

“Old buses have been refurbished and upgraded into Mo Bus standard that are equipped with modern technology and abide by safety norms. This new fleet of Mo Bus will be on the road to serve the public from 8th June, 2022”, said Shri Sanjay Kumar Singh, MD CRUT.

“Sustainability is the core value of CRUT which it has adhered to since its inception for its daily operations. With old buses in a state of disrepair, we stepped in and offered to inculcate the principles of Circular Economy to Refurbish and Restore the old buses, bringing them back to the road. This fleet will serve a larger number of commuters and operate on additional routes which will benefit the citizens of the capital region using our Mo Bus services” stated Smt Dipti Mahapatro, GM (P&A) CRUT.

CRUT has always prioritized public safety. This time too it will serve you with the same amount of trust and best of services.

Another 10 COVID-19 patients recover in Odisha; active cases tally at 90