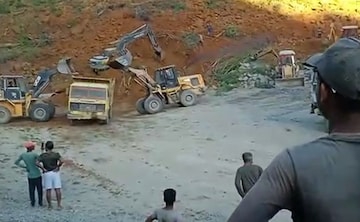 Aizawl: The death toll from the stone quarry collapse in Mizoram’s Hnahthial district went up to 11 as one more body was recovered from the site.

The body has been identified as of 25-year-old man from Lunglei.

Twelve people aged between 18 and 49 were trapped inside the quarry when it collapsed.

Workers of ABCI Infrastructures Private Limited and contractors were trapped after the quarry caved at Maudarh village on Monday.

Police said one labourer managed to escape unhurt. Five of those killed were from West Bengal, two each from Jharkhand and Assam, and one each from Tripura and Mizoram.

The bodies of the 11 were sent to their states on Wednesday.