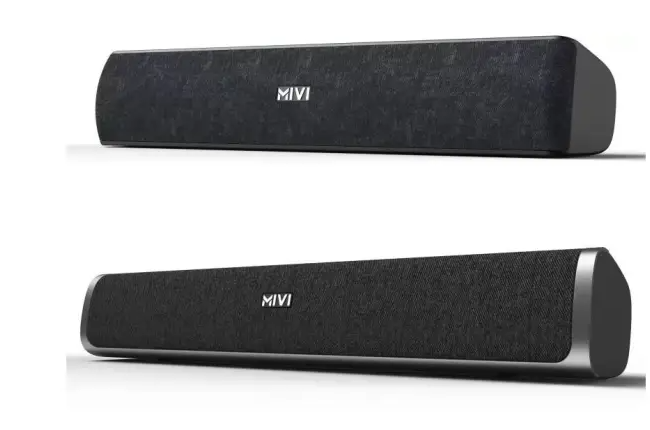 New Delhi: Mivi Fort S16 and the Fort S24 soundbars have been launched in India. The newly launched soundbars are claimed to be ‘truly made in India’. The Mivi Fort S16 and Fort S24 portable sound bars feature two passive radiators that provide studio-quality bass. They are also equipped with multiple connectivity options, including Bluetooth, AUX, and USB. Both the sound bars claim to offer a battery life of up to six hours. Furthermore, the soundbars feature inbuilt voice assistant support for Siri and Google Assistant.

The Mivi Fort S16 comes at an introductory price of Rs. 1,299 (roughly $16). Its original price is Rs. 1,499. The Mivi Fort S24 is available for purchase at Rs. 1,799 as per the introductory offer. It will be retailed at Rs. 1,999. The special will only last till Wednesday, from Thursday onwards the soundbars will sell at the original prices mentioned. Both the soundbars can be purchased through Flipkart and the official Mivi website.

AUX, USB, and Micro-SD card slots are just a few of the inputs available on the Mivi-Fort-S16 and Fort S24 soundbars. As well as Bluetooth v5.1 technology, they provide wireless music streaming capabilities. The 2.0-channel technology that powers both soundbars produces balanced audio.

The Mivi-Fort-S16 and Fort S24 soundbars, according to the makers, include built-in voice assistant support for Siri and Google for hands-free help.

The 2000mAh battery within the Mivi-Fort-S16 allows for up to 6 hours of gameplay. The Mivi Fort S24 soundbar, in contrast to the Fort S16, provides a 2500mAh battery. According to Mivi, it can only provide a battery life of up to 6 hours.

Boost Your Kid’s Brain With These Superfoods