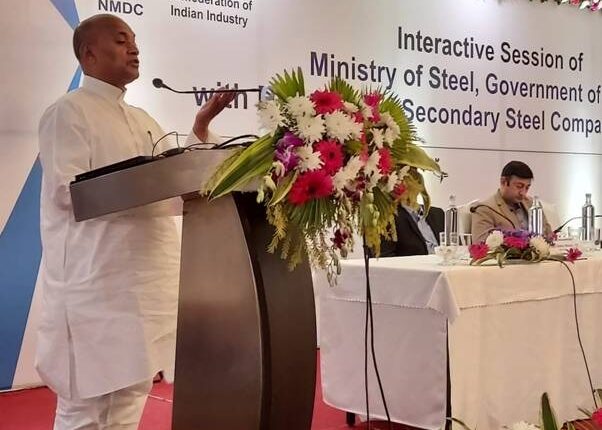 New Delhi: Ministry of Steel had an interactive session with steel companies based in Odisha. Union Minister of Steel, Ram Chandra Prasad Singh chaired the meeting which saw the participation of officials of steel companies based in Odisha. Concerns of the industry were put forward by representatives from the companies which included a better environment for the industry especially on finance, logistics, environment, support for the small-scale industries in the sector.

Speaking during the session the Minister lauded the government and the people of Odisha for taking lot of strides in development. Through institutions like the World Skill Centre, Bhubaneswar, Odisha government has rightly focused on skill development which is the need of the hour. The Minister further stated that steel consumption will continue to increase due to the various programmes and schemes of the government, such as Gatishakti Master Plan, in which the contribution of secondary steel sector will be very high. A mission to develop the secondary steel sector is in the making, he said.

Ministry officials emphasised that the Government has been actively taking all efforts to address the concerns of the steel industry and welcomed inputs and comments on specific issues hindering the sector, especially the secondary steel companies.

The Only Positive Case Detected In Cuttack City Today, 8 Cured