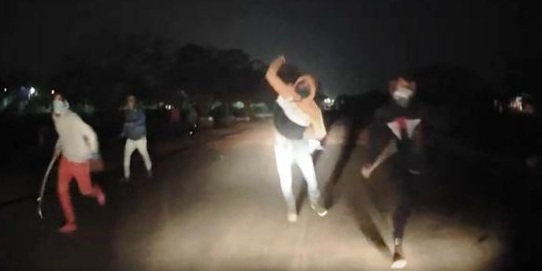 Jajpur: In a frightening incident, a person travelling in a car got trapped when several miscreants attempted to attack him near NINL Colony in Kalinganagar area of Jajpur district.

Reportedly, the incident was captured on the dashcam of the vehicle.

According to sources, five persons intercepted the vehicle around 1.40 am when one senior official of a company was travelling in the car on December 18. Following this, the miscreants approached the vehicle holding swords with an intention of attack.

Sensing trouble, the car driver reversed the car and took another route, hence, managing to escape.

The victim lodged a complaint with the police in this connection. Meanwhile, efforts were on to nab the wrongdoers.