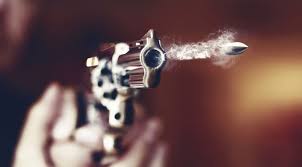 However, the victim, Sanjay Khuntia, had a narrow escape as the miscreants missed the target.

According to the reports, the incident occurred on the outskirts of Bhubaneswar. On being informed, police reached the spot and started an investigation.

Sources said Sanjay was recently released from jail where he had been lodged in connection with a criminal case.

While the details of the events and circumstances leading to the firing are yet to be known, disputes between them are stated to be the reason for the attack.