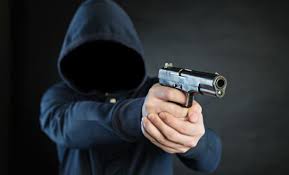 The victim has been identified as Manoranjan Pattnaik.

According to sources, the incident took place while Pattnaik was returning after collecting money from a nearby area. Meanwhile, some bike-borne miscreants intercepted the victim and looted the cash after threatening the staff at gunpoint.