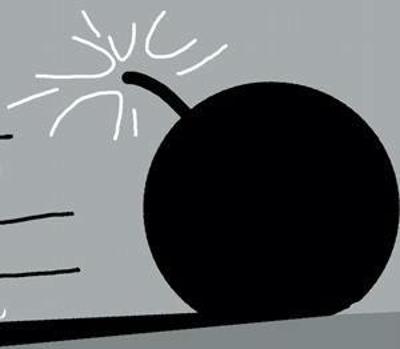 Bhubaneswar: A youth and his mother were critically injured after more than 10 unidentified miscreants hurled bombs on their house at Azad Nagar in Sundarpada area of  Bhubaneswar over past rivalry.

According to information, a young man named Mohammad Aslim lives with his mother in Azad Nagar under the Airfield Police Station limits. During the lockdown, Aslim had entered into an arguement with local youths over some reason and he had also thrashed them.

At around 6.30 pm this evening, more than 10 bike-borne youths arrived in front of Aslim’s house and created a commotion. Soon they barged into the house and led a murderous attack on the mother-son duo leaving them critically injured. Following the attack, Aslim and his mother lodged a complaint with the local police station.

However, when the attackers found out that Aslim lodged a complaint with the police, they reached Aslim’s house again and hurled six bombs.

The intense blasts left the mother-son duo seriously injured. Later, they were rescued and admitted to the hospital, sources said.

Reportedly, the police have registered a case and detained six persons for questioning in this regard.