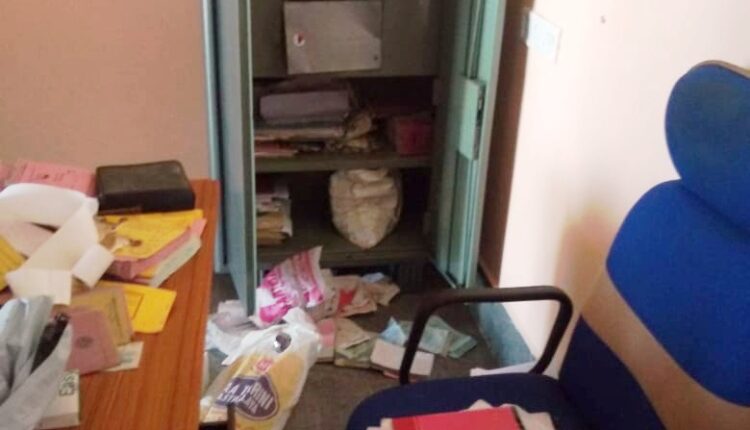 Ganjam: Unidentified miscreants decamped with over Rs 8,000 and records from co-operative society office at Kumrada Village under Bomkei Panchayat OF Digapandi block in the district.

Reportedly, the incident came to fore after the peon, Gangaram Rana, spotted the broken lock and everything vandalised in the office in the morning. He immediately informed Secretary Devendra about the matter.

On being informed, Devendra reached the spot and studied the ambience of the office and find out that the almirah was broken and Rs 8,300 cash missing along with some other valuable records.

Acting on the complaint, outpost officer, Vinit Kumar Sathpathy reached the spot and launched a probe in this regard.

The villagers have claimed that such thefts have been staged as part of a previous plan for fear of widespread fraud in the supply of agricultural loans, including long-standing irregularities in cooperatives.

On being questioned, the member of the co-operative society said that the allegations were “fabricated and motivated”.