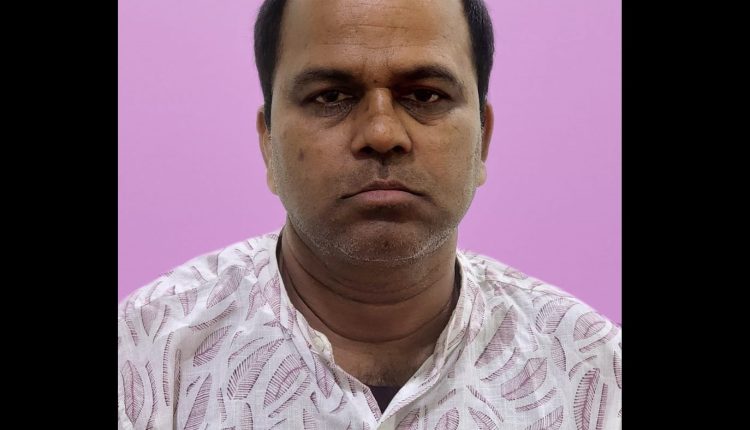 Bhubaneswar: Ex-Nazir of Jajpur Tahasil, who was absconding since 2016 following his involvement in multiple cases of irregularities and misappropriation of Govt. fund to the tune of Rs.4.95 Crore, has been arrested.

The accused has been identified as Rajat Kumar Routray. He was involved in multiple cases of irregularities and misappropriation of Govt. fund to the tune of Rs 4.95 Crore during the period from 01.04.2006 to 05.04.2016 in connivance with other Govt. officials of Jajpur Tahasil.

An audit in this regard was conducted by a Special Audit Team of Board of Revenue, Odisha, Cuttack in 2016.

On the basis of audit report, Odisha, Vigilance had initiated an inquiry. Soon after this, Rajat had absconded. However, a special team was formed by Odisha Vigilance to trace and nab the Nazir.

Following sustained efforts, Nazir was found in a rented house at CDA, Cuttack along with his second wife. When the Vigilance team reached the hideout of the Nazir, they locked themselves inside and the Nazir climbed a dark narrow pipeline passage going from the kitchen room and hid himself under the terrace.

The Vigilance team broke open the door and after a thorough search managed to trace him hiding in the hole.

Rajat Kumar Routray, Ex-Nazir of Jajpur Tahasil has already been dismissed from service by Odisha Government. He is being forwarded to the Court today.