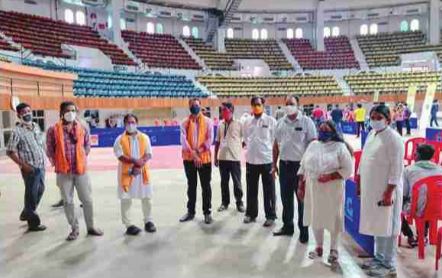 Cuttack: While vaccination drive in a campaign mode began on June 21 (Monday), misappropriation was allegedly spotted at several vaccine centres in Cuttack city.

Reportedly, BJP leaders, who went on a visit to few of the centres, levelled allegations that few of the spots lacked various facilities, while vaccination drive did not start at some centres.

Several members of the State BJP including District Youth wing chairperson Satyabrata Mishra took stock of the situation and also brought in several locals in order to provide them the jabs.