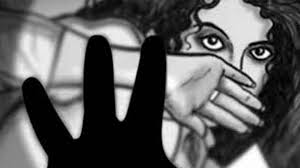 Bhubaneswar: Father-in-law of an OAS officer allegedly raped a minor tribal girl at the bureaucrat’s residence in Bhubaneswar for around 5 months and impregnated her.

According to information, the matter came to fore after the victim’s mother lodged an FIR at Balichandrapur police station in Jajpur district. As per the complaint, the tribal girl hails from Nanpur area of Jajpur, was working as a domestic at the officer’s house located in Sailashree Vihar area of Bhubaneswar.

The bureaucrat’s father-in-law raped the girl at the residence for 5-6 months and threatened her to kill her if she disclose the incident to anyone, the woman alleged. The victim went to her house during Durga Puja and narrated the ordeal before her mother.

Acting on the complaint, Police have registered a case in this connection under relevant sections of the IPC and POCSO Act. Recording of the victim’s statement at the POCSO court in Jajpur and her medical examination at the district headquarters hospital have been completed.