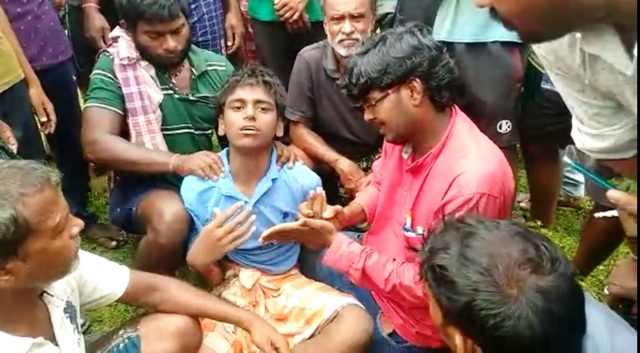 Jenapur: A minor boy, who was swept away by strong currents in river Brahmani while taking bath, was rescued by some alert youths near Kantapatna under Jenapur police station of Jajpur district’s Dharamsala block on Tuesday.

According to reports, the minor boy was bathing in the river today when he was swept away in the strong currents of the floodwater. However, he managed to survive for 20 kms while drifting in the flooded river. 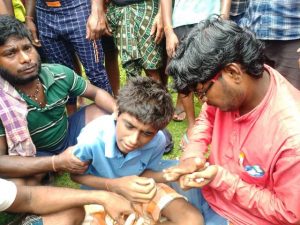 Sources said at around 10 am today, Abhimanyu Das from Endalaba received a phone call from Patharakani village in Dhenkanal district that a boy was being swept away in the Brahmani river.

On hearing the news, Das informed some other young men and sailors of the village, who then immediately started guarding the riverbank near Malahat to rescue the minor boy.

After waiting about two hours, they saw the minor boy drowning in the river and immediately set out into the swelling river in a boat to rescue him.

Putting their best efforts and braving the strong currents, the youths managed to rescue the boy alive and brought him ashore about 3 km away from Kantapatna village.

The prompt action by alert youths of the locality has saved the life of the minor boy. Reportedly, his health condition is stated to the stable.