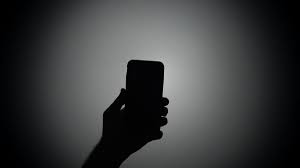 Boudh: A minor boy died after he accidentally fell into Kumbhijhar waterfall here while taking selfie. The deceased has been identified as Jyotisman Nayak (16) of Tikabali area in Kandhamal district.

According to reports, Jyotisman along with his family member had visited Kumbhijhar waterfall in Boudh district on a picnic. While the family members were engaged in cooking, the minor boy was taking selfies near the waterfall. However, Jyotisman accidentally slipped into stream and sustained serious injuries.

Jyotisman was immediately rescued and rushed to the Adenigarh Community Health Centre (CHC). He was later shifted to Boudh District Headquarters Hospital where he declared dead.

On being informed, Puranakatak police reached the DHH and registered a case of unnatural death into the incident.

SII Gets DCGI Permission To Manufacture Its Coronavirus Vaccine ‘Covishield’