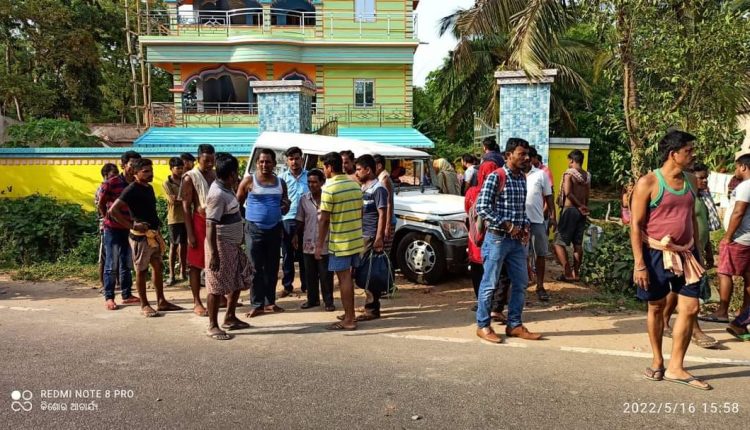 Keonjhar: A minor boy was killed and others injured after an SUV overturned near the Mareigaon village under the Nandipada police limit on Monday.

The deceased is Priyabrata Sahu son of Umakant Sahu who is a native of Barhapur village in Bhadrak district.

According to sources, Umakant’s family members were coming back from the Tarini temple at Ghatagaon in the evening after performing the haircut ritual of his son.

Suddenly, the SUV upturned as the driver drowsed near the Mareigaon square. Following this, all of the passengers sustained critical injuries while Priyabrata succumbed to critical injuries.

On being informed, The Nandipada police rescued other victims from the spot and carried them to the Anandpur hospital.

The deceased’s body was handed over to the family members after conducting a post-mortem at Anandpur hospital.