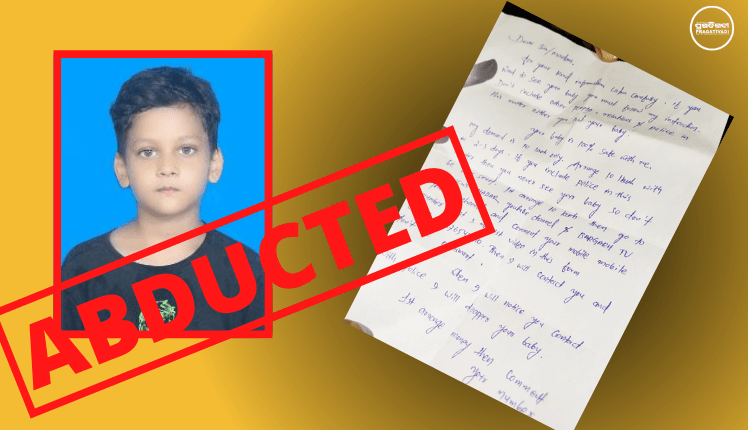 Bargarh: The nine-year-old son of a top official in the Bargarh cement factory has been allegedly abducted by two bike-borne miscreants from the Cement Nagar ACC Colony area on Sunday.

The parents of the minor boy alleged that the miscreants sent a letter to them demanding Rs 10 lakh to release their son.

The abductee minor has been identified as Muazzam, son of Jamil Khan who is a CSR staffer of ACC Cement Factory.

Jamil has lodged a complaint with Bargarh police and appealed to rescue his boy safely.

As per the complaint, Muazzam, a student of Class III, was playing with his friends in the evening at around

6.45 PM. Suddenly, two bike-borne miscreants lifted him and sped away by dropping a note with demand of Rs 10 lakh ransom to release the boy.

On the basis of the FIR, police have begun a probe to trace the minor boy and rescue him from the kidnappers.

Three Held For Brutal Murder Of Youth In Puri

Vaccination For 15-18 Age Group From Today