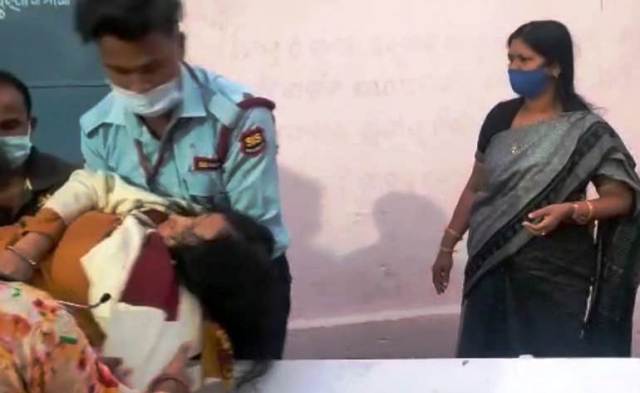 Saintala: Odisha Minister for Women and Child Development, Tukuni Sahu has shown a noble gesture by rushing a woman accident victim to the hospital in her car.

A road mishap had occurred at Baragaon under Saintala police station in Bolangir district today. Sahu stopped on the way after seeing an unusual rush on Bolangir-Titlagarh road on Friday evening.

She came to known that a lady was groaning in pain following an accident. The WCD Minister immediately rescued the woman and rushed to Saintala hospital for treatment.

As the woman’s condition deteriorated, she was shifted to Bolangir DHH. The Minister also directed the hospital authorities to provide the best treatment to the lady.

Worthwhile to mention that the accident occurred when Bijay Mishra, working in Kendriya Vidyalaya at Badmal, was on the way to Saintala with his wife Sunita on a bike. They met with an accident at Baragaon following a collision with a truck.

The Minister’s good samaritan gesture has drawn eulogies from different quarters of the society.