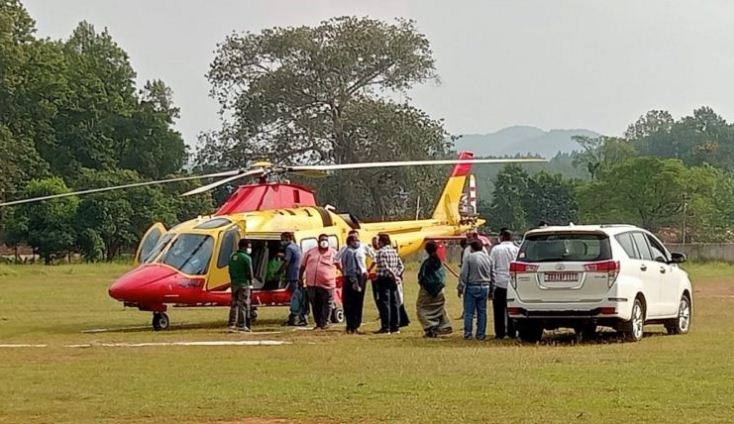 Bhubaneswar: After being airlifted from Phulbani due to chest-related ailments, Panchayati Raj Minister Pratap Jena was admitted to Apollo hospital Bhubaneswar on Sunday.

According to reports, Jena was carried to the Apollo hospital in a special ambulance soon after he was landed at Bhubaneswar airport at about 4 PM.

He was immediately treated by a team of doctors as he complained of chest pain and congestion in the throat followed by breathlessness.

Jena had left for Kandhamal on an official tour. Meanwhile, he felt sudden chest pain followed by breathlessness while he was at the Circuit house in the morning.

Subsequently, he was taken care of by a team of doctors of the Phulbani district headquarters hospital.

Taking to Twitter, CM wrote,” Got information regarding Minister Pratap Jena has been hospitalised due to illness. Wishing him a speedy recovery and good health.”