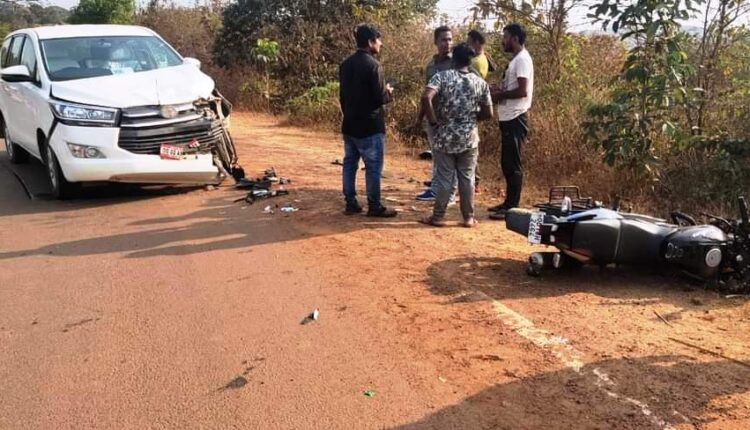 Jeypore: A motorcyclist was critically injured after an SUV belonging to Handloom, Textile and Handicrafts Minister Padmini Dian, hit his bike on Sunday afternoon.

According to reports, the accident took place along the State Highway 326 near Chatarala village under Boriguma police limits in Koraput district. While the minister was unhurt in the mishap, the biker sustained critical injuries on his left leg.

Sources said the minister was returning to her native place Kotpad after attending a meeting in Koraput when at around 3.15 pm a motorcyclist coming from the opposite direction hit the SUV head-on. The collision was so intense that the front section of the car was badly mangled.

Following the mishap, minister Dian informed the 108 ambulance service and the injured motorcyclist was rushed to Boriguma hospital. The injured was undergoing treatment till the last report came in.